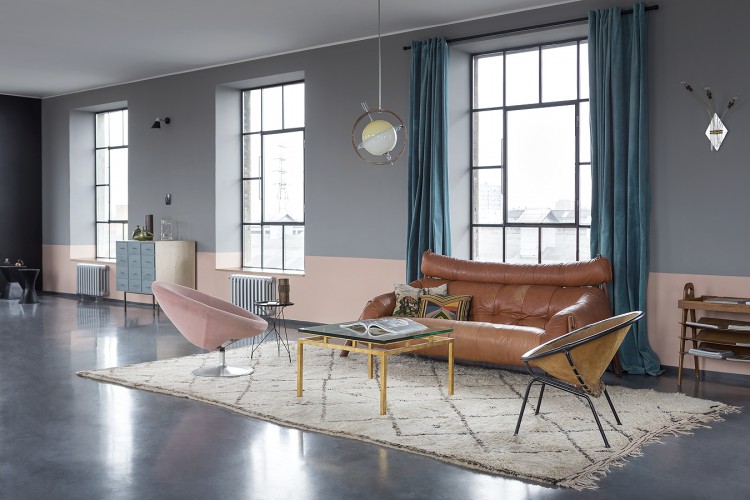 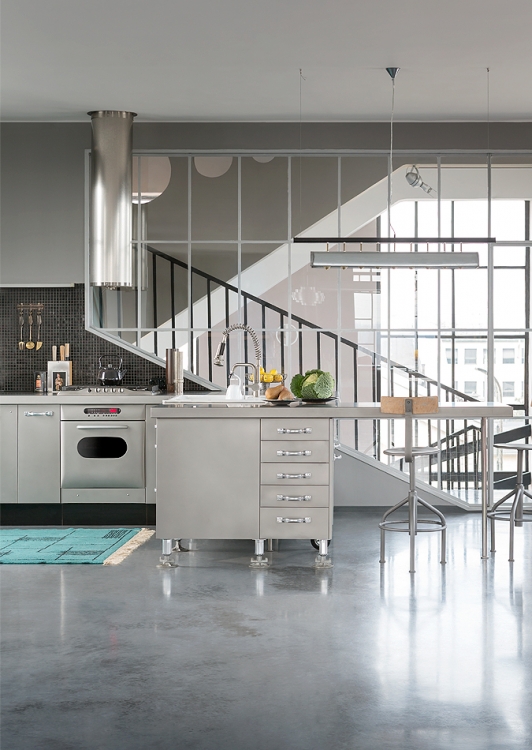 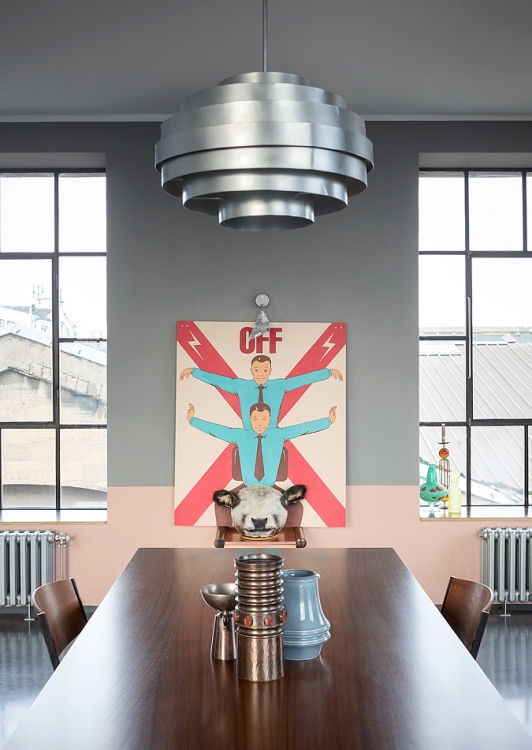 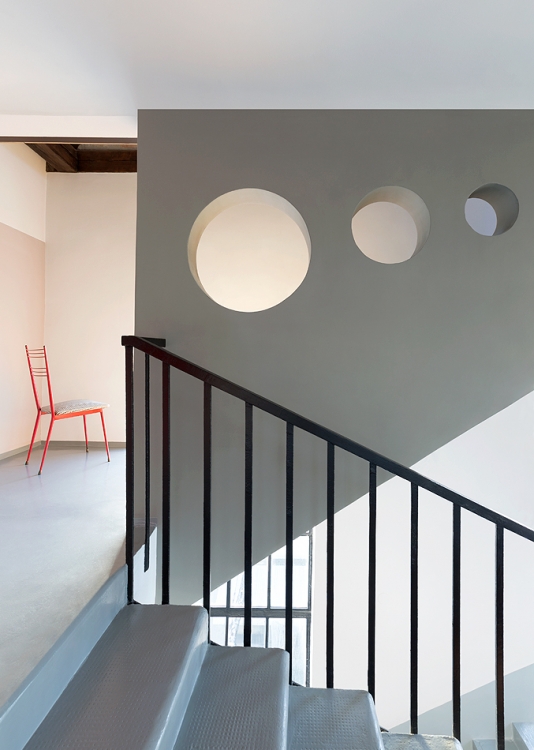 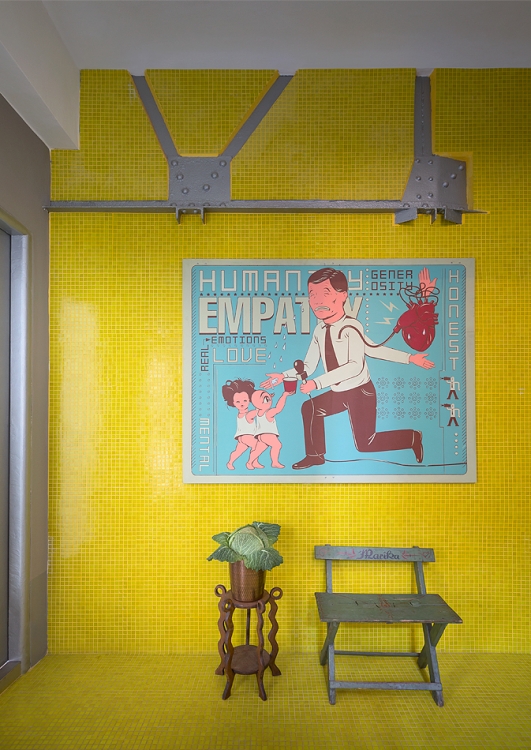 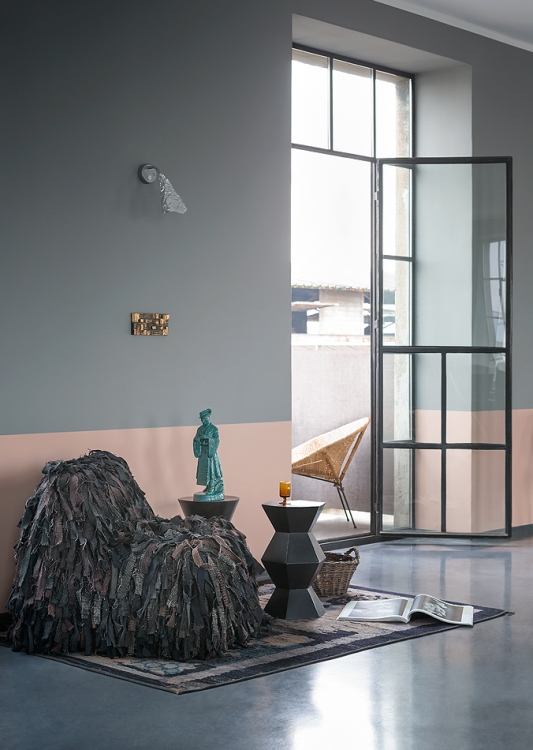 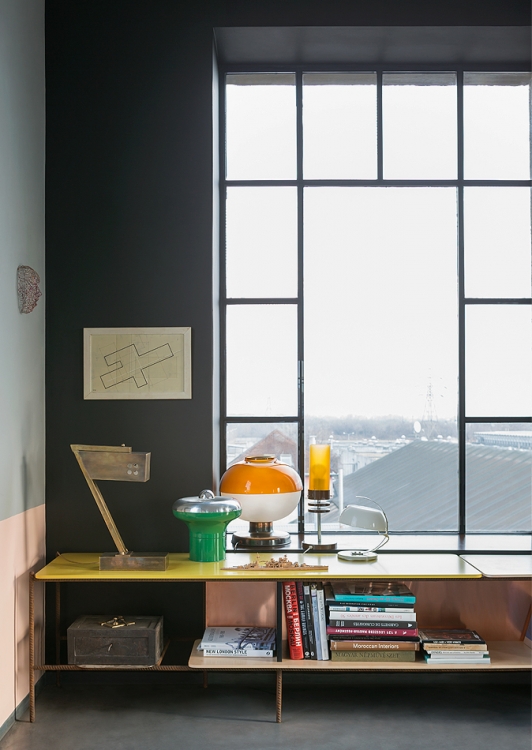 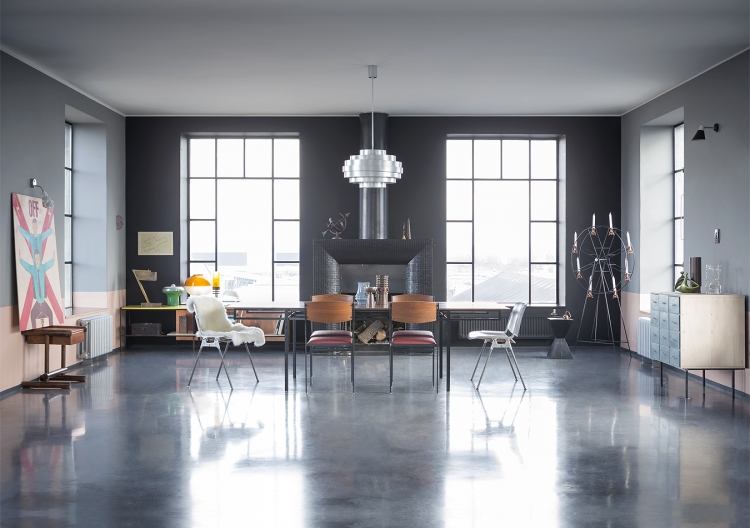 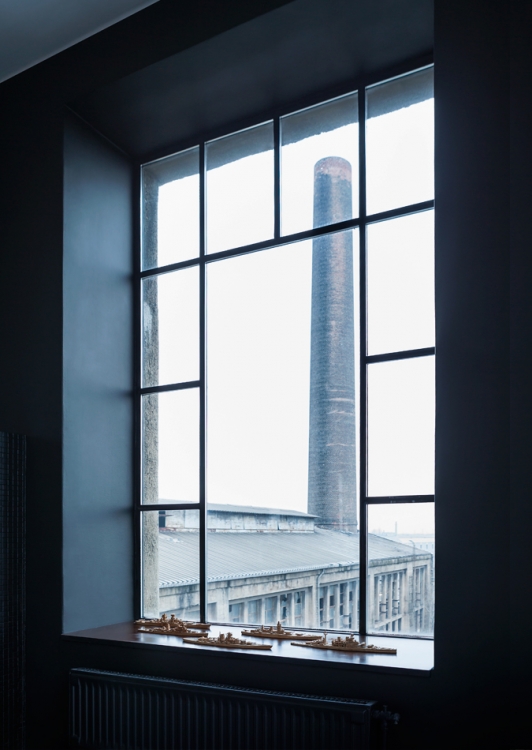 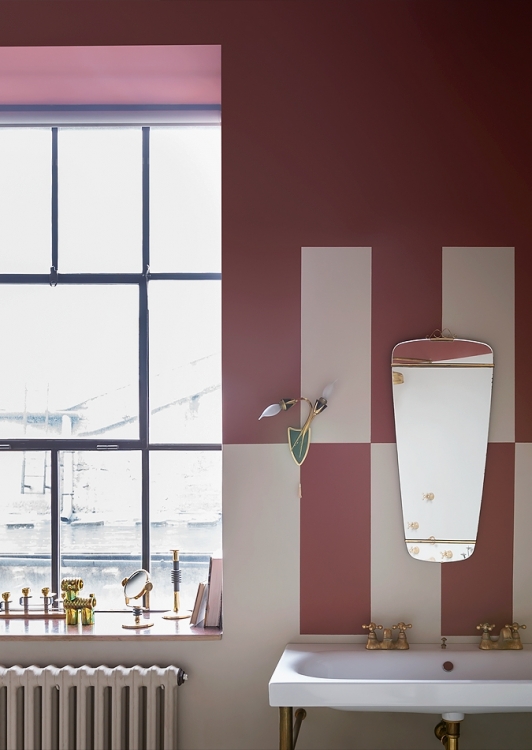 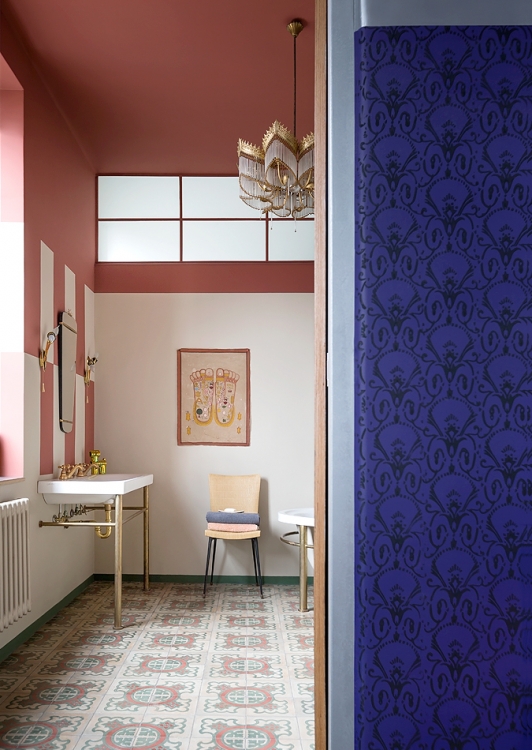 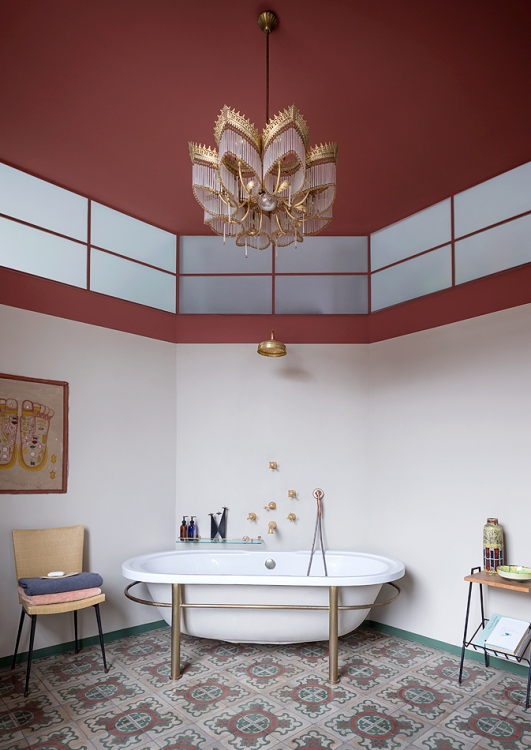 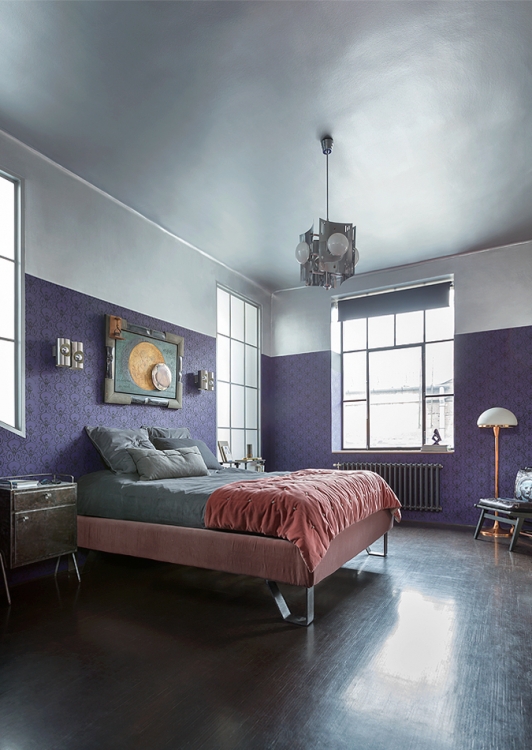 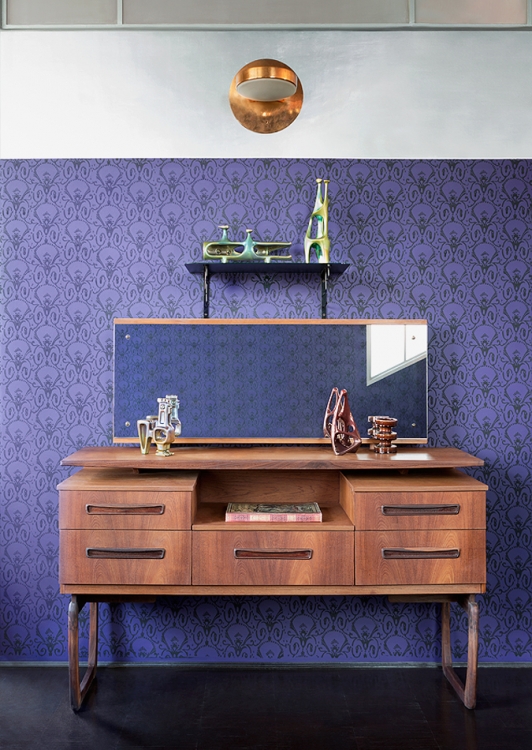 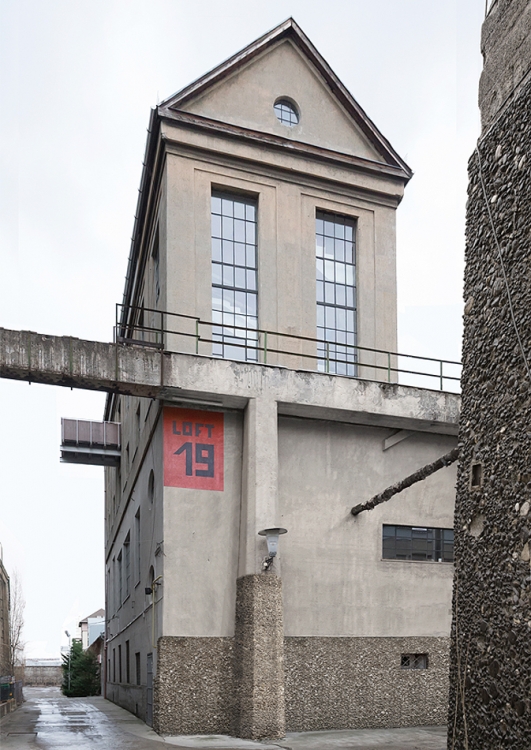 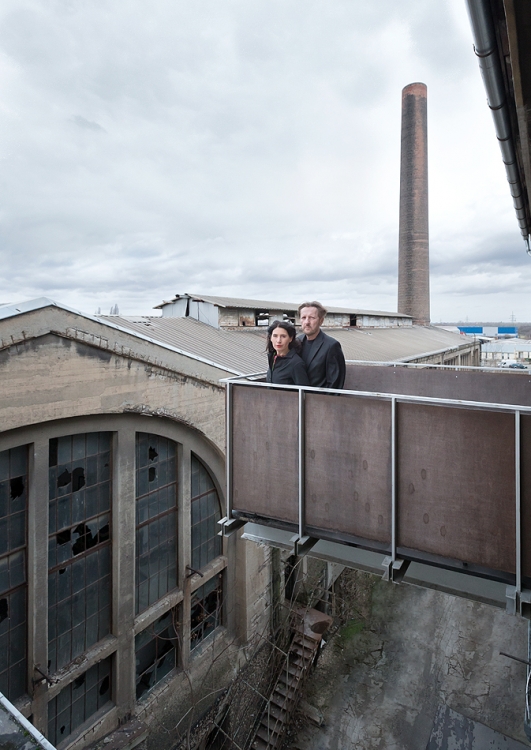 “This is an island over the city, abandoned and peaceful environment with special aesthetics.”

No matter that living there is a bit like plunged into the world of the “Sin City” or the science fiction movie “Metropolis” of Fritz Lang.

The architect and production designer Attila F. Kovács and his wife art director and stylist Zsuzsa Megyesi found this unusual giant space and movie set like environment ideal for making their home.

The HFF kniting factory complex is located in the southern part of the capital of Hungary, Budapest and dates as early as from 1913-1915. It was originally built as a weapon factory designed by Árpád Gut and Jenö Gergely. The Loft 19, this tower like 600 sqm four-story -building and the huge factory complex are protected industrial monuments .

A concrete fire water tank was found in the attic which was turned into a swimming pool with artificial current. The design of the space is a personal mix of different styles and eras. It is full of special pieces, collected one by one during decades in flea markets, auctions and antique shops or created by the designers themselves. Huge windows, light, the unusual size rooms , the old structural elements and materials play the main role . Old iron doors were kept, original beams reused for book shelves. The bedroom level on the contrary was designed to be bold and private with a mid century “boudoir like” atmosphere to it.